During this year?s International Collegiate Programming Contest (ICPC) held in February in Harbin (China), the University of Warsaw?s team, sponsored by ATM S.A., won a silver medal, beating over 97 teams from renowned universities from all over the world. 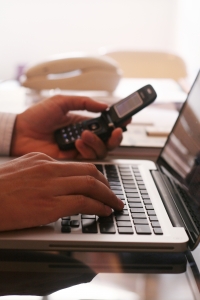 ATM S.A. has been supporting the best Polish programmers for many years. The company finances their participation in prestigious international collegiate programming competitions. The world finals are yet another stage of this year?s contest for the University of Warsaw team. To qualify to the finals, the team had to outperform its competitors in the national contest (AMPZZ) and during Central European semifinals. In both competitions, the three-person team of the University of Warsaw?s Faculty of Mathematics, IT and Mechanics beat all other universities, becoming the Central European champions, and winning the right to participate in Harbin world finals.

ATM S.A. rewarded the silver medalists with three annual scholarships to enable them to freely continue to pursue their scientific interests. The scholarships will be handed to the team on March 8 in the Golden Hall of the University of Warsaw. Heads of the university and the president of ATM will participate in the event.

Poland?s best programmers? participation in the contest would not be possible without the scientific support from the team?s mentors ? professors Jan Madey and Krzysztof Diks ? who have always been tutoring the young programmers, and accompanied them throughout the competition. This year, the team?s mentors were also helped by Tadeusz Tomaszewski, deputy rector of the University of Warsaw, and PhD students from the Faculty of Mathematics, IT and Mechanics.

The China finals, attended by 21,648 students from 1931 universities from 82 countries was a great organizational challenge. Same challenge will be faced by the University of Warsaw, which will host the world finals in 2012. Presentation of the University as a future host of the competition, given in Harbin by professor Jan Madey, met with very good reactions of this year?s finals? participants.

For more information on the ICPC, see http://cm.baylor.edu/welcome.icpc.

ATM S.A. is a public company operating in the information and communication technology industry, quoted at the Warsaw Stock Exchange. Under the brand of ATMAN the company provides for enterprises and other institutions telecommunications services based on its own fiber networks and data centres. Prime elements of ATM?s offer include: Internet access, broadband data transmission, collocation and hosting. The company provides telephony services and telecommunications outsourcing. Major consumers of the services are carriers, traditional media, Internet portals and enterprises from finance, manufacturing and retail market sectors.
Since 2006 ATM S.A. has successfully built its capital group that now consists of ten companies from Poland and abroad. The subsidiaries complete ATM S.A. telecommunications competencies in two main areas: integration of ICT systems and software applications production and implementation.
More information at: www.atm.com.pl.